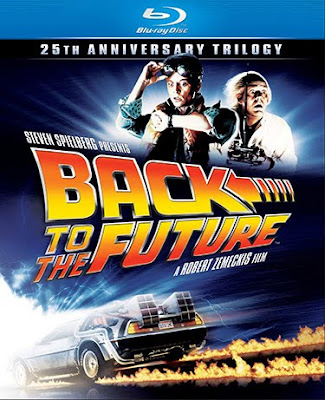 After a decade of disillusionment with pop entertainment, audiences fell in love again with going to the movies once more in the 1980s. Bolstered by a renewed positivism from the Reagan presidency, Hollywood marked its move away from the bleak symbolism of the 70s, rebounding with a string of light-hearted comedies that played up the devil-may-care, laissez faire, 'what me worry?' charm that would come to envelope and embody the decade.

Today, 80s cinema gets a knuckle wrap from most critics as utterly simplistic, perhaps because our present pop culture and more dire political climate seem to once again favour apocalyptic visions of a future without much hope or redemption. Thankfully, 80s cinema has never entirely fallen out of favour with audiences - some, who find it harmless hokum, while others - such as myself who grew up during that time - appreciate its unabashed verge for 'feel good' entertainment value.

To those latter many who continue to review movies from this period through the afterglow of fond remembrances, one of the fondest is undoubtedly Robert Zemeckis' Back to the Future (1985); an utterly implausible time travel fantasy/comedy/adventure that effectively draws a fitting parallel between its own light-hearted present and that of - arguably - the greatest pop culture decade of them all; the 1950s.

Scripted by Zemeckis and screenwriter, Bob Gale Back to the Future initially began its lengthy gestation after Gale discovered one of his father's old yearbooks in the basement of his family home and wondered, if he had been in school at that time would he have been friends with his father? Pitching this loose idea to Zemeckis - the two secured a deal to develop a project at Columbia Studios in 1980. But after numerous rewrites the deal fell through.

In the meantime, Zemeckis worked in close partnership with Steven Spielberg on two films that proved to be less than lucrative for either collaborator. Concerned that his name might become synonymous with flops, Zemeckis agreed to a deal at Fox to shoot Romancing the Stone; a huge box office hit that marked a turning point in the director's career.

After rejections from Columbia and Disney, Back to the Future began to acquire newfound interest at Universal Studios. But casting the film proved problematic when first choice Michael J. Fox bowed out of the project, citing prior commitments to his then highly popular television series, Family Ties. Zemeckis recast the part of Marty McFly with Eric Stolz. But after a month of filming, both the director and his star realized that Stolz's serious take on the character was in direct opposition to the more light-hearted narrative. Stolz graciously left the project and a new deal was struck with Fox whereby the actor would shoot his television series by day and Back to the Future at night - surviving on a scant 5 hours of sleep in between schedules.

The film opens with Marty McFly (Michael J. Fox) a troubled teen living in Hill Valley. His father George (Crispin Glover) is subservient to an oafish supervisor, Biff Tannen (Thomas F. Wilson), while Marty's overweight mother, Lorraine (Lea Thompson) has a drinking problem. In essence, the McFlys are an unhappy couple, contented in their misery by occasionally recalling the glory days of their past. Lorraine recounts for Marty how she fell in love with George after her father accidentally hit George with his car.

If the home front seems bleak and depressing, it pales to Marty's own existence - trapped, as he seems to be, in a life that is passing him by. Despite obvious talent for music and a passion to better himself, Marty just cannot seem to get a break. At school, he is constantly taunted by Mr. Strickland (James Tolkan) who relishes telling Marty that, just like his father, he will never amount to anything. Marty's girlfriend, Jennifer (Claudia Wells) is encouraging and supportive of Marty's dreams, but Marty's most engaging friendship is with scientist, Dr. Emmett 'Doc' Brown (Christopher Lloyd).

Regarded as a kook by the status quo, Doc has developed a vehicle for time travel; a DeLorean powered by plutonium and a device he calls a 'flux capacitor'. Doc asks Marty to film his first time travel excursion for posterity. However, before Doc can take his experimental trip into history, the terrorists he stole the plutonium from arrive on the scene and murder him, forcing Marty to use the DeLorean as his getaway vehicle. The car leaps into hyperspace, but Marty is cast 25 years back in time to Nov. 5, 1955.

After the shock of his journey wears off, Marty is introduced to his father as a young man, still being bullied by Biff. But when Marty saves George from being hit by Lorraine's father's car he accidentally takes the hit himself, thereby altering his own future as his teenage mother slowly begins to fall in love with him instead of George. Meeting up with Doc as a young man, Marty convinces him that he is from the future and Doc, already predisposed to flights of fancy, tells Marty that unless he can bring his parents back together he - Marty - will cease to exist.

Marty encourages George - who is smitten with Lorraine - to plot a rouse to win her affections. Marty will attempt to take advantage of Lorraine at the high school dance and George will come to her rescue. Regrettably, a drunken Biff shows up first and tries to rape Lorraine. When George arrives he is bullied once more by Biff. Nevertheless, George follows through with the plan, knocking Biff unconscious. A smitten Lorraine takes George by the hand and together they slowly begin to fall in love - ensuring that Marty's future as their child will endure.

Meanwhile Doc, having figured out that only a direct lightning strike will provide sufficient energies capable of sending Marty and his DeLorean back to the future, has rigged an elaborate charge to the town's clock tower. The bolt strike the car and Marty is zapped into the present, arriving too late to save Doc from his assassination. However, as Marty hovers over his fallen friend, Doc stirs to life - revealing to Marty that he was wearing a bulletproof vest all along.

The story ends with Marty discovering that his intervention in his parent's past has improved their present - they are self-confident and physically fit. However, just as Marty and Jennifer are about to go on their merry way, Doc arrives to inform them that there is a future problem with their own children - thus setting up the possibility for a sequel.

Back to the Future is unapologetic hokum of the highest order - taking itself just seriously enough to make the whole implausible enterprise believable. The first film in the trilogy remains the best. The first sequel - released in 1989 - is an apocalyptic vision of the present. Biff Tannen rules as almost an autocratic Al Capone type, thanks to Marty inadvertently giving him a sports almanac from the present that he uses in the past to amass a fortune.

Keen viewers will notice that Marty's girlfriend Jennifer is played by Elizabeth Shue in the sequel while George McFly is an amalgam of actor Jeffrey Weissman wearing prosthetics to make him look like Crispin Glover as well as various outtakes of Glover that director Robert Zemeckis amassed from the first movie. Claudia Wells departure from the series was prompted by her mother's ill health, but Glovers seems to have been predicated on a salary increase demand that producers thought excessive.

Back to the Future II is also noteworthy for its excessive SFX via Industrial Light and Magic; a veritable potpourri of cutting edge techniques then that, for the most part, continue to hold up remarkably well under present day scrutiny.

Prompted mostly by solid reviews and a winning box office tally that exceeded the first film's intake, Zemeckis dove into Back to the Future III (1990) perhaps a bit too hastily. The final film is a nonsensical regression to the old west where Marty travels to 1885 to rescue Doc from certain assassination by Bufford 'Mad Dog' Tannen (again Thomas F. Wilson). Doc falls in love with Clara Clayton (Mary Steenburgen) and decides to remain with her, sending Marty back to the present to Jennifer with the prosaic message that 'the future is what we make it'.

Universal Home Video has re-issued the Back to the Future Trilogy, this time on Blu-Ray with all the original added bonus features, plus digital copies of each film. Image quality on all three movies takes a quantum leap forward in all aspects - more noticeable on its two sequels than the original film. Colours are more vibrant throughout and age related artefacts have been eradicated for an image that is mostly smooth and razor sharp. The first film continues to have more than its share of film grain that briefly registers a tad too harsh - especially in the scene where Marty tests the giant amp Doc has built for his rock n' roll debut. Otherwise, the image quality on all three movies in the series will surely not disappoint.

The audio mix on all three movies is 5.1 lossless Dolby; fitting if slightly dated in its sound mix, but more than adequate for these presentations. Extras are a virtual carbon copy of those featured on Universal's trilogy DVD release from 2000 and include an extensive backlog of archival footage, interviews, screen and SFX tests, as well as documentaries chronicling the making of each movie, its cultural impact and enduring appeal. Back to the Future on Blu-Ray comes highly recommended. It is a blast from the past for the present and arguably - the future.

Back to the Future 5+

Back to the Future III 2