Widely embraced by critics and fans as the greatest of all productions of this Shakespearean tragedy, to this reviewer’s eyes and reflections, Stuart Burge’s Othello (1965) seems a rather modestly dated and not terribly engaging translation of the stage play – its one salvation being that it contains some truly fine acting from the players then assigned to Britain’s National Theatre.

Plot wise, Venetian officer Iago (Frank Finlay) is driven to wild distraction over the appointment of Cassio (Derek Jacobi) to the rank of Lieutenant by his own general, Othello (Lawrence Olivier). Together with Roderigo (Robert Lang), Iago baits the benevolent Brabantio (Anthony Nicholls) into believing that his only daughter, Desdemona (Maggie Smith) has been disloyal to her husband – an allegation vehemently denied by both Desdemona and the innocent Othello.

To separate the two and therefore quash whatever rumors and doubts may linger in court, Othello is commanded to Cyprus to fight against the raging Turkish hoards. Othello is victorious. But Iago has other plans – inviting Desdemona to celebrate Othello’s win, while planting the seed of jealousy in Othello’s ear – that his own wife is having an affair with Cassio.

This film version is probably Shakespeare as Shakespeare himself might have envisioned if the movie camera had been around during his own time – a dark and moody bit of indirect and rather stagy plotting that relegates camera movement and cinematic styling to the backstage in favor of merely photographing the play’s content from a proscenium. The characters move in and out of scenes as they would during the play with the camera often quite stationary. Unfortunately, what works on the stage tends to appear quite ill at ease on film. This is a very Teutonic rendition of what might otherwise have played superbly as a lover’s triangle of mistaken jealousies.

Worse, Olivier’s central performance tends to be marred by the rather obvious fact that he is a Caucasian pretending to be a gentleman of color. His ‘blackface’ (literally and figuratively) is an obvious embarrassment from which today’s audience might take offense. But the make up application also tends to obliterate Olivier’s rather descriptive and subtle facial expressions, except, of course, when he is photographed in close up. Maggie Smith is magnificent as Desdemona – having mastered both the arts of stage and screen by this point in her career and able to understand where the strengths and weaknesses of both lay.

Unfortunately for the film, the rest of its cast are primarily stage thespians with an overly rehearsed and highly stylized form of performance that, while obviously entrusted and enraptured by the live theater, seems all too frigid and out of whack with the requirements of film acting. In the end, Othello is compelling – but ever mindful that its roots are stage bound and not screen savvy.

Warner Home Video’s DVD anamorphic DVD presents an average visual presentation with contrast levels that are just a tad below what one might expect. The overall image characteristic is quite dark, with an overall adoption of reds and oranges. Colors tend to lean toward the brown end of the spectrum and fine details are often lost in the darkness of the overall image. Flesh tones are a tad too pasty – mostly soft pink, but occasionally orange.

Age related artifacts are kept to a bare minimum and digital artifacts are not an issue. The audio is mono but presented at an adequate listening level that will surely not disappoint. Extras are limited to a brief vintage featurette where a somewhat pretentious Olivier talks about his involvement on the film, as well as the film’s original theatrical trailer. 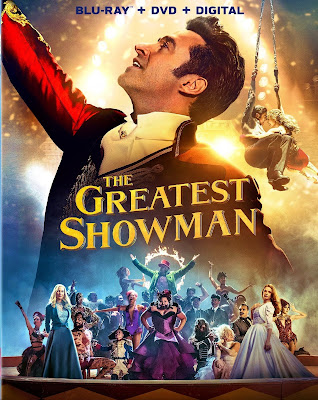